"The best tribute album I have ever heard"

In 2010 Courtesy Of released an unplugged album as a tribute to Thin Lizzy and its legendary singer Phil Lynott. The album was very successful

and got great reviews from many countries around Europe.

The album was recorded in Stockholm and Prague, partly in collaboration with The Czech National Symphony Orchestra. Produced and arranged by Lasse Andersson, the album features unique versions of many of Thin Lizzy's classics, such as The boys are back in town, Jailbreak and Dancing in the moonlight, as well as one of Phil Lynott´s poems, interpreted by the famous Swedish actor Peter Stormare.

In various sessions, the band started to experiment with personal interpretations of blues tunes. That got them inspired and pushed them into writing their own songs. Styles changed back and forth from groovy rock to smooth west coast, blues and melodic pop songs and back.

Finally, they entered the studio to record the second album which will have its first single out on April 4th and the full album will be released in summer 2019. Produced and recorded by Lasse Andersson 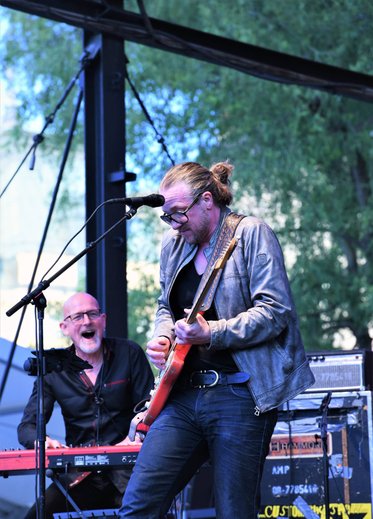